The judges were bowled over by the quality of the writing and the way in which Hamilton brings to life the characters that defined cricket between the two world wars. The author explains that Neville Cardus was unknowable but this book does a very fine job indeed of guiding us through his career and motivations». Neville Cardus described how one majestic stroke-maker ‘made music’ and ‘spread beauty’ with his bat. Between two world wars, he became the laureate of cricket writing by doing the same with his words.

In The Great Romantic, Duncan Hamilton demonstrates how Cardus changed sports journalism for ever. Among those who venerated Cardus were PG Wodehouse, John Arlott, Harold Pinter, JB Priestley and Donald Bradman. However behind the rhapsody in blue skies, green grass and colourful characters, this richly evocative biography finds that Cardus’s mother was a sex worker, he never knew his father and he received negligible education. Infatuations with younger women ran parallel to a decidedly unromantic marriage.

And, astonishingly, this supreme stylist’s aversion to factual accuracy led to his reporting on a match he didn’t attend. Yet Cardus also belied his impoverished origins to prosper in another class-conscious profession, becoming a music critic of international renown.

In winning the William Hill Sports Book of the Year, The Great Romantic, becomes the sixth cricket book to win the award and the first to do so since Hamilton’s book Harold Larwood won in 2009. Previous winners of the prestigious award include Nick Hornby, Brian Moore, and Marcus Trescothick. Football is the most successful topic having won seven awards followed by cricket and boxing . 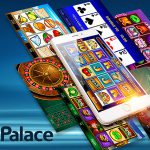 Download Roxy Palace Casino mobile app on your iPhone or Android. Whether you are at home or you are on the move, you can access Roxy Palace and play...

32Red App For Android and iOS

32Red sports Mobile App Download for Your iPhone, Android or Windows Phone. 32Red Sports are one of the leading casinos for play via mobile app. 32...

Unibet is keenly aware of the importance of having dedicated apps for mobile users. As a result, they have a dedicated Android mobile that affords punters...

Using the iOS app, players can enjoy 10Bet’s live streams of different sports events. They can also get competitive odds on major sporting...