The Sydney Morning Herald has reported that Ed Craven and Bijan Tehrani, the Australian founders of cryptocurrency gambling website Stake.com, are facing a $400-million lawsuit in the United States. The lawsuit, the media says, has been launched by a former associate who claims the pair removed him from a joint venture they had without his consent.

Freeman Claims He Was Wronged

According to the SMH, both Tehrani and Craven have dismissed the case as “false” and “frivolous.” The plaintiff is Christopher Freeman, who is based in Florida, United States, and who has lodged his civil court action with the Southern District of New York.

Freeman claims that he invested in a precursor company to Stake.com and was later not informed of the formation of Stake.com The SMH received a statement by the company which outright shut down Freeman’s claims:

The complaint filed by Chris Freeman contains allegations that are internally inconsistent, intentionally misleading, and provably false.” The company described the claim as a “desperate attempt to spread false information.

The case names both co-founders and the platform itself. Stake.com’s legal team has said that it’s prepared to defend the claim in court if it’s not struck down before that. Meanwhile, Freeman has used what publicly available information he could find to demonstrate that Stake.com is a highly successful company.

He argues that the recent purchase of an $80 million home for one of the co-founders is evidence of the company’s success. Freeman alleges that he was a childhood friend of Tehrani and together with Craven in 2013, they decided to set up Primedice, a casino business. The initial ownership in the business was split based on their contributions to it.

What Happened Between the Partners

Freeman held 20% whereas the other two participants had a 40% claim in the company. Nine months after the company was established, Freeman said in the complaint, his stake was reduced to 14%, even though he claims that an initial understanding between the trio existed that only people who invested in the company would be entitled to equity.

When Stake.com was formed, Freeman alleged that Tehrani and Craven had told him that the only way to participate in the business would be to move back to Australia and that the new project will only use the US dollar and Euro as its main currencies.

However, Freeman objected to that, arguing that the FIAT casino business (which was the original idea behind the new project that later became Stake.com) was too saturated and that it also invited certain risks he was not prepared to take. Freeman proposed to move into cryptocurrencies instead, but the pair allegedly said that there are many regulatory challenges to factor in as well.

Regardless, Freeman alleged in his lawsuit that Tehrani and Craven went ahead and launched Stake.com, with features that he claims were his own invention. He was also cut off from Primedice, losing access to his accounts, the complaint alleges. Freeman had not responded to the SMH’s request for comment. 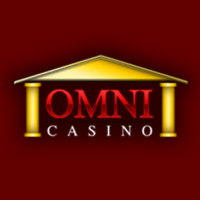