Mark Joyce, director of technology at Sky Betting & Gaming, announced his leave from the company via his official LinkedIn profile. Joyce received warm goodbyes from his colleagues and reflected positively on his six years at the Flutter-owned operator but did not disclose any specific plans for the future.

Joyce’s work for Sky Bet was his first official foray into the gambling industry. His professional journey started from the very bottom as a digital graphic designer but quickly developed his skills to encompass significantly wider IT and technical support tasks. Joyce’s first few years included working with specialized software, which helped him hone his product management and customer relations skills. He also worked on improving the UK’s National Health Service IT systems and steadily accumulated both experience and recognition.

The first high-profile senior-level position Joyce held was with the engineering company Helical Technology Ltd, where he had the opportunity to found a new sister company focused on renewable energy systems in 2009. As director of engineering development, he gained valuable leadership skills, which helped him further his career and secure management positions at high-profile companies like British Gas, Yahoo, and BBC.

The Former Director Fondly Recalled His Time with Sky Bet

Sky Betting & Gaming was the company where Mark Joyce stayed the longest. He joined the gambling giant in 2016 as head of delivery and steadily rose through the ranks until he became director of technology. He led 21 teams, oversaw Sky Bet’s technology strategy, and managed delivery/operations.

In his post, Joyce fondly recalled his time with the company, reminiscing about his positive experiences and the friendships he had made during that time.

“I’m grateful… for the opportunities I was given, the skills and experience I gained but also the day-to-day human kindness and support I encountered.”

Joyce added that the position had helped shape him professionally and personally and was a defining chapter in his life. He did not specify his reasons for leaving but stated that he always gave his best during his six years with the company, expressing regret that he could not do more.

“I’ll reflect on my time with the best memories and will take the lessons forward to try and be better than I was yesterday.”

Future Employers Will Have a High Bar to Clear

Joyce’s former colleagues wished him the best of luck and commented positively on his tenure at Sky Bet. Rik Barker, CIO of Flutter, noted that it had been a privilege to work with the former director of technology and wished him luck in his future endeavors.

The LinkedIn post did not specify Joyce’s plans for the future, but with a substantial resume encompassing a variety of industries, his professional journey is unlikely to stop here. However, any company willing to attract him would have to offer a substantial proposition to surpass Sky Bet.

According to the latest workplace review by the job posting website Glassdoor, the operator ranked among the best employers in the UK. The Sky Bet senior leaders received praise for making the company a better place to work and adapting to the challenges of COVID-19. 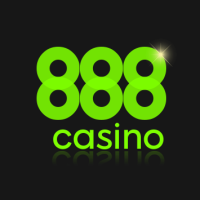