Jake Stevens, with his partner Leah, is gutted after learning his winning football predictor bet prize was much less than expected (Picture: Getty/Jake Stevens)

Jake Stevens, 26, was told by the bookmaker he had won £25,000 for correctly guessing how many goals would be scored in six games.

But William Hill has admitted there was a ‘computer error’ and later informed Jake his prize was actually £2,600.

Jake, an IT manager from South Ockendon, Essex he placed the bet on six matches last Saturday, including the clash between Liverpool and Arsenal.

The bookmaker’s football predictor competition, which is open to punters who have made a £10 stake in a William Hill shop, has a cash pot of £50,000.

This money is shared between everyone who wins by correctly predicting the number of goals in six selected games.

On Sunday, Jake went out celebrating with his family after being told he was one of two winners who would share the £50,000 prize.

Jake Stevens’ partner Leah is due to give birth within weeks (Picture: Jake Stevens)

His winning slip even informed him the return would be £25,000.

But it emerged that he was one of 19 winners so his prize was much less than expected.

Jake, whose partner Leah is due to give birth in two weeks, said: ‘I feel absolutely devastated because that £25,000 would have been life changing.

The money could have gone on a deposit for a house and set us up for life.

So to have that taken away from me, I really, really struggle with.

It is a lot of money to lose.

William Hill has apologised for the error which it blamed on a ‘computer error’ (Picture: Getty)

Jake claimed he has been in contact with other winners of the football predictor competition last weekend, who were also initially informed their cash prize was much higher than the actual amount.

He said: ‘The way William Hill have handled this situation is a complete mess and to then just offer an apology is absolutely insulting.’

In an email to Jake, the bookmaker explained that when Jake collected his slip their computer system calculated his winnings on a ‘regional rather than company level’ because of a ‘computer error’.

The total return at the bottom clearly states £25,000 but this was an error (Picture: Jake Stevens)

A spokesperson for William Hill said: ‘Football predictor is a weekly free to enter competition that has a prizepot of £50,000 that is shared by those who correctly choose the number of goals in six selected matches.

‘There were a number of winners this weekend, and unfortunately some of these customers were informed of an incorrect prize due to a technical issue.

‘We recognise this experience has been unsatisfactory and we apologise to those customers.

‘We are in the processes of contacting all the customers who we are aware have been directly affected by the problem.’ 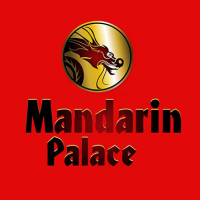