Amazingly we’re already at the seventh round of fixtures in this season’s Premier League as the table begins to take shape. No side is really getting away at this stage and though Leicester are slightly detached at its foot with just one point, things are still very open ahead of the latest set of games this weekend.

Here’s our preview of the pick of the bunch.

Spurs a tough test for City

The game of the weekend sees Manchester City host Tottenham at the Etihad. As the odds suggest City are, as they almost always are, the strong favourites at 4/11, but this isn’t a fixture that has been too kind to them in recent times. Spurs have won four of the last five meetings in the league between the two, including both times last season.

City didn’t do much wrong against Aston Villa last time out and looked on course for another straightforward win after that man Erling Haaland opened the scoring. It was his 10th goal in six appearances for his new club and plenty are already expecting him to break all sorts of records during his time in England. However, despite their dominance, City weren’t able to put Villa away and a well-taken Leon Bailey goal secured a point for Steven Gerrard’s men.

Pep Guardiola’s side are playing well at the moment but perhaps aren’t quite hitting their straps as we know they can, and while Haaland has been a superb addition, it does look like his fellow players are still coming to terms with having a central striker. Unsurprisingly Haaland is just 1/2 to score anytime on Saturday evening and 12/5 to net two or more.

Tottenham’s manager Antonio Conte must be pretty happy with his side’s start to the new campaign. 14 points from six games with no defeats is a more than satisfactory return and the fact they sit on the same number of points as City is an added bonus. The Tottenham hierarchy have backed Conte over the summer and while they are probably still a few players short of challenging for the title, they look almost certain to be in the top four again, with Richarlison, in particular, a solid addition up front.

As recent meetings suggest, a trip to the Etihad shouldn’t hold any fears for Tottenham and it would lay down a pretty big marker for the rest of the season if they were able to win this one. As such the 7/1 on offer will tempt a few as will a draw at 4/1.

Check out all the latest betting offers at William Hill

In the early kick-off, Fulham welcome Chelsea to Craven Cottage in a west London derby. The hosts have started life back in the Premier League in good style, with a great performance at home to Liverpool to earn a draw on the opening day backed up by good wins against the in-form Brentford and Brighton. They might have lost to Arsenal and Spurs, but they were far from outclassed in either contest, and should take plenty of confidence from their showings. Eight points from their opening six matches is a solid start and they’ll be keen to keep the momentum going against another London rival.

Marco Silva’s side are the 10/3 outsiders for this.

And while they have begun the season well and optimism is high, it’s quite a different story at nearby Stamford Bridge. The recent news of manager Thomas Tuchel’s sacking rocked the football world and that means the Blues will have to adjust quickly with the club’s coaching staff taking over until a new permanent manager is found.

Chelsea have spent north of £200 million this summer and the signings they’ve made all look warranted, but new additions take time to bed in and throw in the fact that both N’Golo Kante and Jorginho haven’t been available and it’s perhaps a bit more apparent why there are issues within the Blues ranks. They clearly need a focal point up top and new arrival Pierre-Emerick Aubameyang may be what they need. Aubameyang, in his own words, has unfinished business in the Premier League after his acrimonious exit from Arsenal, but is he still capable of scoring 20 goals a season? Only time will tell.

Chelsea’s new striker is 21/20 to score on his debut, while his side are the 3/4 favourites for this one.

United to go marching on?

Whisper it quietly but things might be looking up for Manchester United. Four wins in a row have improved things at Old Trafford significantly after that diabolical start and while they’ll need to do it for a while longer to convince everyone, it’s certainly been a good reaction to those abject defeats to Brighton and Brentford. Erik ten Hag is obviously a quick learner, and he has done a good job to get his side back on the right track, although his approach has been somewhat pragmatic so far, so it will be interesting to see if United’s fans accept that style of play moving forward.

United were clearly lacking in quality prior to Ten Hag coming in and they’ve gone someway to fixing the glaring issues within the squad with Casemiro and Antony looking solid signings. The two defensive reinforcements Ten Hag has brought in appear to have adapted well too with Lisandro Martinez and Tyrell Malacia displacing longstanding starters Harry Maguire and Luke Shaw.

The Red Devils are 21/20 for a fifth consecutive Premier League victory.

They take on a Crystal Palace side (5/2) who on the face of it are playing a bit better than their points haul of six points from six matches suggests. They were good credit for a 1-1 draw with Liverpool at Anfield and were 2-0 up at half-time away to Manchester City before eventually being rolled over 4-2 after the break, thanks in no small part to Haaland. Patrick Vieira is an astute coach who knows what is required in the Premier League and while his side might not be sprinkled with stars, they all do a job and rarely let their manager down. Wilfried Zaha is their main man, though, with the Ivory Coast international already scoring four times so far this season and he’s 29/20 to notch against his old club on Sunday afternoon.

Bar Zaha, however, goals are in short supply for this Palace side and have been for some time which is why they always seem to end up around the middle of the table. So, while relegation isn’t really a worry, challenging for the Europa League places isn’t really a consideration at the moment, particularly if they continue to struggle for goals outside of Zaha.

Selhurst Park will be rocking for this one and this will be a good test of where United are. Granted, they did well to beat Arsenal last time out given they were second best for large portions of the game, but Arsenal had a go at them which suited their counter-attacking set-up. They won’t get that luxury against Palace, who as shown against Liverpool and Man City, often turn up against the bigger sides.

Check out all the latest football betting odds at William Hill 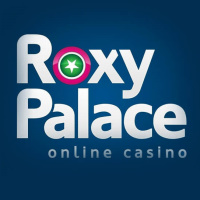