In order to succeed when playing poker, either in a casino or online, it is vital you know the strength of the hand you hold and how it ranks against your opponent’s hands.

If you want to learn how to play poker learning how many poker hands there are, the strength of poker hands and what makes a winning poker hand is a good place to start.

Here we rank the best poker hands in order.

The highest possible scoring hand in most types of poker. A royal flush comprises a run from 10 to ace all in the same suit. There are only four possible combinations of this hand, one in each of the four suits, making it an incredibly rare hand. If you have a royal flush your chances of winning the hand are nearly 100 percent, so you should bet accordingly.

Four of a kind

In this hand a player has four cards of the same ranking, plus one other card. They might hold four 9s and one 7. This hand can also be known as ‘quads’.

Contains three cards of one rank and two of another. For example, 3-3-3-J-J or 5-5-5-10-10. To differentiate between two full house hands, the value of the triplet is first taken into account and then the value of the double. In the case of the example the second hand would beat the first, as 5 ranks higher than 3. This rank of hand is also sometimes called ‘boat’.

The next combination in terms of poker hand strength is a flush. This is where a player has five cards of all the same suit. The cards can be of any rank, what matters is if they are hearts, diamonds, clubs or spades. Different flushes are ranked first by their highest-ranking card and then by their second highest and so on.

A straight contains five cards in sequence. An example is 2-3-4-5-6. These can be of any suit, what matters is there is a complete sequence of five ranking cards. Similar to a flush, a straight hand is ranked first by its highest-ranking card and so on.

Three of a Kind (Set/Trips)

A hand with three of one card, e.g. Q-Q-Q and two other ranking cards. A three of a kind is ranked by the value of its triplet. This type of hand is also known as a ‘set’ or ‘trips’.

A hand where there are two pairs of the same ranking card and one other card. A two pair hand might look like this, Q-Q-5-5-8. A hand like this is first ranked by the strength of its highest-ranking pair and then next by the rank of its second pair.

As the name suggests, this hand contains two cards of the same rank and three other cards. K-K-5-4-2 would beat a Q-Q-9-7-5 hand due to the rank of the pairs.

Lowball poker is a variation of poker that inverts the normal card rankings, so that the lowest cards are the highest ranked. There are three methods of doing this, they are: ace-to-five low, deuce-to-seven low, and ace-to-six low.

Ace-to-Five Lowball or ‘California Lowball’ as it’s also known is a variation of poker where the rankings, suits and straights are irrelevant – the lowest hand always wins.

When ranking any hand you always start with the highest card and work down.

As the name suggests the lowest possible hand is 5-4-3-2-1-A. This is the equivalent of a royal flush in standard poker.

A sequence of four cards with 6 beginning as the highest card, plus one other card. An example hand could look like this, 6-4-3-2-A. When distinguishing between two six low hands, the hand with the lowest extra card wins.

Any unpaired hand with 7 as the highest card. As with six low, seven low hands are ranked according to the low score of the extra card.

Any unpaired hand with 8 as the highest card. As with six low and seven low, eight low hands are ranked according to the low score of the extra card.

Deuce-to-Seven Lowball or ‘Kansas City Lowball’ is a variation of poker that is different to Ace-to-Five Lowball in that straights and flushes do exist. However, they are things to be avoided at all costs in this form of the game. Aces are always high in Deuce-to-Seven Lowball.

Five unpaired cards with 8 as the highest card.

Five unpaired cards with 9 as the highest card.

Five unpaired cards with 10 as the highest card.

If the player holds both the best hand and the low hand, that player wins the whole pot. The most played Hi Lo games are Omaha and Seven Card Stud.

Omaha poker differs in that each player is dealt four cards and can use two of those to make the best hand possible when combined with the five community cards.

The pot is split for the best high hand and the best low hand, hence the name. To make a low hand your highest card must be an 8 or below – this is called the ‘8-or-better’ qualifier. The best low hands are then determined in the same way as Ace-to-Five Low Ball, with 5-4-3-2-A the best possible hand. If there is no qualifying low hand in a round, then the winning high hand takes the whole pot.

Here are some examples of qualifying low hands:

When dealt your opening two cards there are a huge number of possible combinations you could have in your hand. Some are more famous than others and have a nickname. See the chart below for a guide to some of the well-known starting hands. 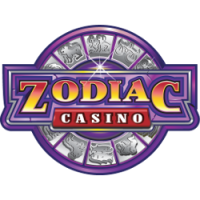 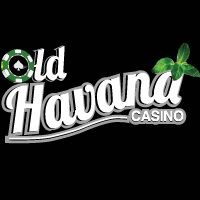