Former deputy of the San Bernardino County sheriff who scammed numerous people out of hundreds of thousands of dollars, which he spent gambling and funding a luxurious life, has been sentenced to 14 years in prison.

US District Judge Michael Fitzgerald sentenced Christopher Lloyd Burnell, 51, to spend the next 14 years in federal prison on charges of fraud and falsely reported taxes. Judge Fitzgerald immediately put Burnell in custody and described him as one of the evilest men he has ever had dealings with in his career. The judge also ordered that Burnell has to pay $7,592,491 to cover the money lost by his victims.

Burnell spent years deceiving people into giving him thousands of dollars to make investments that were supposed to bring attractive returns. One of the reasons Burnell managed to gain his victims’ trust was that he worked as a San Bernardino County sheriff’s deputy until 2008.

Burnell started with his fraud scheme in 2010 and was active until 2017 when he started to find it difficult to ensnare new victims.

Burnell posed as a rich businessman. He claimed he acquired his fortune in various ways – as a result from lawsuits he won against the sheriff department in San Bernardino, stemming from a patent sale of a special vest, which is cooled by air and offers bullet resistance, he also stated he has made lucrative investments in small businesses.

Burnell Squandered Away $2 Million of His Victims’ Money on Gambling

Burnell’s scheme involved first winning the victims’ trust through an initial small investment that paid out returns of almost 100% in a short span of time. After that, he would ask for a bigger sum with people sometimes giving him hundreds of thousands of dollars.

Of course, there were no investment opportunities for his clients. Burnell just spent the money to live a very luxurious lifestyle, throwing away funds on gambling, young porn-star-like-looking girlfriends, and private jets.

It is reported that Burnell accumulated losses of over $2 million at Highland’s San Manuel Casino. He also managed to spend $500,000 on trips with private airplanes. He squandered a great deal of money on his various girlfriends giving them Louis Vuitton presents for as much as $70,000 and buying them cars and paying their apartment rent with sums amounting to $175,000.

When his victims eventually became suspicious and asked for their delayed returns, he pulled another trick with a false bank statement leading them to believe that he had $150 million in his bank account, which is just temporarily frozen.

Burnell’s actions led to major material and psychological losses. Some of his victims lost retirement savings, others their businesses and houses, and some could no longer pay their kid’s college fees. His fraud scheme broke families and put people into depression or induced suicidal moods. 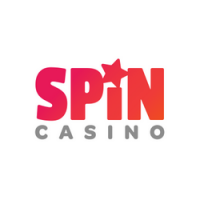 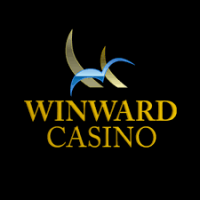