Defending Champs Ram/Salisbury March On At US Open

Rajeev Ram and Joe Salisbury’s US Open title defence showed no sign of slowing down on Sunday at Flushing Meadows, where the top seeds eased to a 6-1, 7-5 third-round victory against Simone Bolelli and Fabio Fognini.

The American-British pairing is yet to drop a set this fortnight in New York, where it lifted its second Grand Slam crown a year ago. Ram and Salisbury converted five from eight break points against Italian duo Bolelli and Fognini to wrap a 74-minute triumph and reach the quarter-finals for the third year in a row.

Ram and Salisbury, who are currently third in the Pepperstone ATP Live Doubles Teams Rankings as they bid for a fourth consecutive appearance as a team at the Nitto ATP Finals, will meet Hugo Nys and Jan Zielinski next. The unseeded Monegasque-Polish duo defeated Ariel Behar and Gonzalo Escobar 6-1, 6-4.

The other two seeded pairings in action on Sunday also enjoyed straight-sets victories. Roland Garros champions Marcelo Arevalo and Jean-Julien Rojer saved two set points in the second-set tie-break before prevailing 6-4, 7-6(9) against Quentin Halys and Adrian Mannarino. The third seeds have US Open-winning experience in their ranks as they seek their second Grand Slam crown of 2022. Rojer lifted the title in 2017 alongside Horia Tecau.

Arevalo and Rojer’s quarter-final opponents will be sixth seeds Nikola Mektic and Mate Pavic, who cruised to a 6-3, 6-4 triumph against Robin Haase and Philipp Oswald. Mektic and Pavic fell in the first round on their tournament debut as a team in New York a year ago, but the Croatian duo is yet to drop a set this fortnight as it chases its second major title. 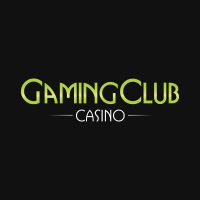