A 14/1 Build Your Odds for Man Utd v Arsenal

Old foes collide at Old Trafford on Sunday when Arsenal put their 100% record on the line against an improving Man Utd side.

The Gunners are the only side that have five wins from five after seeing off Aston Villa on Wednesday. Brazilian stars Gabriel Jesus and Gabriel Martinelli were both on the scoresheet continuing their fine starts to the season.

After their Brentford embarrassment, Erik ten Hag’s side have bounced back strongly. Their 1-0 win at Leicester on Thursday saw them record three consecutive league wins for the first time since December. For a club in crisis, sitting fifth after five games doesn’t look too bad!

We’ve got something for you at the Theatre of Dreams. Before the 16:30 kick-off, you can earn a £5 free bet when you stake £5 using Build #YourOdds. Here’s a 14/1 selection that our team have put together.

Arsenal’s blistering start to the season has seen them score 13 goals in five games – only Man City (19) and Liverpool (15) have netted more.

The Mikel Arteta philosophy is starting to pay dividends, with Martin Odegaard, Bukayo Saka and Gabriel Martinelli showing their attacking flair. While Gabriel Jesus is already enjoying a new chapter in his career, scoring three goals.

And when it comes to this fixture, the Gunners have scored in each of their last eight visits to Old Trafford, with seven of those meetings seeing both teams find the back of the net.

Man Utd have found their groove, winning their last three with Jadon Sancho scoring in two of those. Despite only finding the net once against Leicester on Thursday, the Red Devils created several chances late in the game, when Cristiano Ronaldo came off the bench, to extend their lead.

If you’re new to booking points, here’s a quick breakdown of what each card is worth. A yellow is 10 points, a straight red is 25 and a red for a second bookable offence is 35.

Man Utd haven’t been afraid to roll their sleeves up and get stuck in to their opponents so far this season. And despite Ten Hag’s footballing style, the Red Devils have picked up the most yellow cards in the Premier League so far (17).

In each of their five league games, United have seen at least 20 booking points. Their two home games have seen them collect 40 v Brighton and 30 against Liverpool. And, they had hit the 20 booking points mark inside the first half of Thursday’s win at Leicester.

Paul Tierney is the referee and he’s shown 15 yellows in four games, an average of 3.8 per game. He took charge of Man Utd’s opening weekend defeat against Brighton, dishing out five cautions, four to those wearing red shirts.

Diogo Dalot to be carded

The Man Utd right-back has been carded in his last three games, committing eight fouls along the way – only Scott McTominay made more fouls (13) for United.

With Dalot likely to be up against Gabriel Martinelli, we could see a couple of free-kicks down this side. Arsenal’s Brazilian winger has already been fouled 12 times this season – the same number of times as team-mate Gabriel Jesus, who could also drift into this channel.

A recurring theme is the impact Martinelli is having on this Arsenal side. His flair down the left makes the Gunners an exciting prospect.

The Brazilian leads the way in Arsenal’s shooting data this season. He’s hit 19 shots with seven of those hitting the target. So, he’s not shy of having a pop at goal.

He bagged the winner against Villa on Wednesday, taking him to three for the season. He’d already found the net in his first two games – one of those came on the opening night away at Crystal Palace.

In a game where we’ve got two attack-minded teams, the goals could flow, and this is the sort of game that could see Martinelli rise to the occasion.

A Build #YourOdds bet with those four selections pays 14/1. 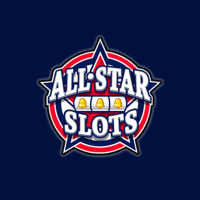 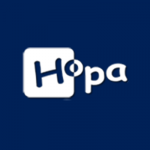 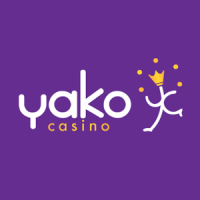